Getting off opioids can seem scary but it is the first stage of a successful recovery treatment so you should know what to expect. Opioids work by interacting with the receptors in the brain. Eventually, those brain receptors will rely on the body to continue using opioids and the user starts developing a tolerance to the drugs.

Tolerance occurs when the body gets used to opioid drugs so it needs them to feel normal. With time, the person will need to consume increased amounts of the drug to experience the desired effects and feel good. When you stop taking opioids, the body goes into withdrawal then it needs to adjust physically to the rapid switch of lacking the drugs.

Opioid withdrawal symptoms have varying intensities. Some people may experience mildly troublesome symptoms while for others, withdrawal can be unbearable.

Long-acting opioids such as extended-release oxycodone or morphine will produce withdrawal symptoms within the first 1 to 2 days. Most of the symptoms will peak roughly 72 hours after taking the last dose. They usually continue for around one week.

Intense withdrawal symptoms can occur rapidly and will typically feel mild initially and escalate within 3 days. Some initial symptoms experienced by users include:

Symptoms produced after about 72 hours include:

The symptoms usually reduce in severity after several days, but some opioid withdrawal symptoms will continue for weeks and even months. This occurrence is called PAWS or post-acute withdrawal syndrome. Generally, 90% of improving opioid users will have PAWS symptoms, which can change over time. These symptoms will include:

Opioids are highly addictive substances. Even though many users will want to stop taking them, most will be unable to do it alone so they will be caught up in a harmful cycle of relapsing. Once they experience the first symptom of opioid withdrawal, most users go back to taking the drug to achieve relief.

Consequences of Opioid Withdrawal to Watch Out For 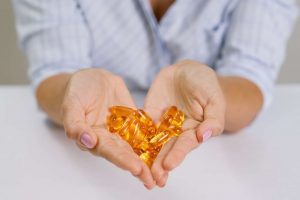 For individuals who are in medically-supervised detox, it will be necessary to stay in a recovery facility to minimize interaction with triggers in one’s daily life. When recovering opioid users are away from their home environment during the withdrawal process, they will not have access to common stressors, triggers, or drugs. They will instead receive continuous compassion, care, and support during the treatment.

Opioid users usually combine other substances like benzodiazepines and alcohol while using opioids. Withdrawal from multiple drugs or addictive substances at once can be very dangerous. If you are in recovery detox, a medical professional will monitor you to have a better understanding of your past history with drugs in addition to opioid abuse or addiction. Qualified medical staff can observe you for any dangerous withdrawal symptoms and ensure you are safely going through the process.

A good number of people suffering from opioid addiction problems also have co-occurring mental disorders which can lead to serious issues such as:

These symptoms can lead to severe consequences. Recovering users are typically very vulnerable during detox hence why it is vital to get psychiatric and medical support during this time. 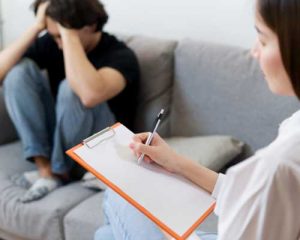 The best way to avoid experiencing unpleasant opioid withdrawal is by tapering off the drugs gradually. However, individuals who experience these symptoms should keep in mind that they are not very dangerous and temporary. Your physician can give you options to help in managing them.

You can personally take extra steps to deal with these opioid withdrawal symptoms. Opioid withdrawal can make you feel sick and dehydration is common so you need to take lots of water. Other helpful strategies to help you go through opioid withdrawal include meditation, relaxation, and yoga.

Anybody who gets any unforeseen withdrawal symptoms or feels like the opioid tapering plan is not going as expected should see a physician immediately. Opioid withdrawal is difficult and uncomfortable for the people going through it. A doctor can offer appropriate remedies to help you minimize these symptoms and find extra support if you are overwhelmed or worried.